How did reading Tolkien's Lord of the Rings affect Your life? 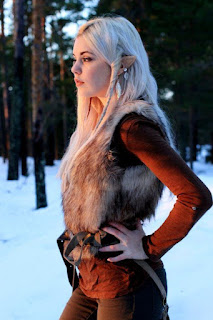 Having had some interesting and enjoyable comments on this theme, over at The Notion Club Papers; I invite readers of this blog to contribute their own memories and reminiscences...

Like you, it fueled a lifelong fascination with traditional agriculture and what I may term home œconomy. The Shire, for all its provincialism, has emerged as my this-worldly ideal of community, if unattainable.

I've also ventured far back into William Morris' works, on the authority that they inspired Tolkien's writings; and I've read a lot of Arthurian and mediæval texts as a result. I know I've encountered many ideas as a result of second-hand influences, filtered through Jethro Tull, Led Zeppelin, and others.

I don't trust machines, which I can only imagine stems from Tolkien's own expressed distaste, via the scouring of the Shire. This has led to many years' research into technology and its effects.

(As an aside, if you have enjoyed Tolkien's Warwickshire village in the 1860s (his acknowledged model for the Shire), I recommend George Sturt's The Wheelwright's Shop for a lovely reminiscence of the last edge before the industrial revolution overtook craftsmanship.)

Stephen C. said: I've enjoyed the comments on this so I will add my own. In elementary school, at the age of 8 or 9, someone told me the Hobbit - that book in school one-room library with a wonderful green cover, one of the few books I had ever seen with a natural color (in this case, something between the dark green of oak tree leaves and slightly less dark green maple tree leaves in midsummer) was a children's book but also something like a grown-up book: that it was too "advanced" for me, but that when I was older, I would enjoy it. So I waited a couple months to get older and, one day, worried that when I was old enough, it would be checked out to someone else, I checked it out.

Loved it from page one. It was as if someone loved the nice things in life - trees and grass and people (even if the people were hobbits and eagles and dwarves) more than I had imagined anybody ever had, as if somebody understood all those beautiful illustrations and copies of paintings (elves sliding down moonbeams, the backgrounds of paintings of the Madonna, vast empty woods, ancient trees) that I had seen, even at that young age, and it was as if someone was able to explain why they were important.

I was, however, as a child, instinctively and innocently (and correctly, I still think) repulsed by the profoundly unkind choice to give the trolls a Cockney accent (I knew a couple of Cockneys, very nice people, in real life) and bothered that the author was mostly too lazy to tell us how the dwarves - (particularly Kili and Fili, for some obscure reason) - were different from each other (I was born into a large family and to this day I can't help feeling a temptation to genuine unChristian contempt for anybody who thinks it is "funny" that people in large families seem indistinguishable, to those who are lazy and do not care, from each other).

When I read the Lord of the Rings, a couple years later, I had no complaints. The lazy humor was gone (and in fact there was a subtle but unmistakeable apology, for those who were as sensitive as me, for the anti-Cockney humor in the Hobbit) and the main flaw of the Hobbit, namely the lack of individuation among the fellowship of Bilbo and Gandalf and the dwarves, was completely absent from the Lord of the Rings - to this day I do not know how Tolkien was able to make every single member of the Fellowship, and so many others, such well described individuals. The man (Tolkien) must have had a very good heart, after all.

When I read the first edition of the Letters of Tolkien, a few years later, I felt profoundly grateful for the Christian love this person had experienced, and had tried to express.

Thanks to Neal and Bix - I shall repost your comments onto the Notion Club Papers with the others.