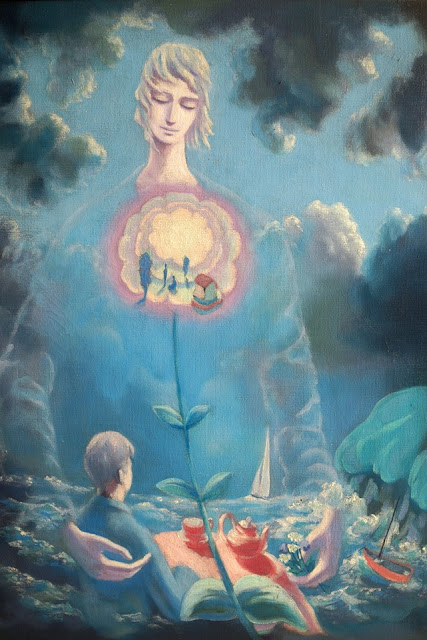 The above picture is by William Arkle - 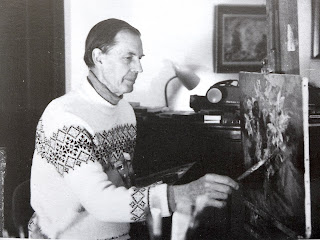 It is an early oil painting from the 1950s that shows his vision of the human condition was already 'in place' from early adult life; including the characteristic motifs such as the calm-faced divine presence, the enfolding hands, the posy of daisys (God's gift, patiently being offered to us), sailing boats, the teapot and cup (the everyday - transfigured by awareness of the divine) - and the characteristically-shaped tall-blobby trees, which he continued painting until late life.

Arkle's painting technique at this point is midway between a naive impressionism which seems to be his first favoured method - which made less use of symbols, 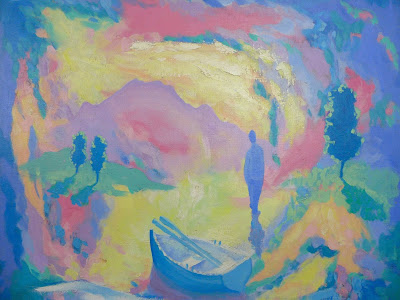 and the more detailed and worked paintings of later years. 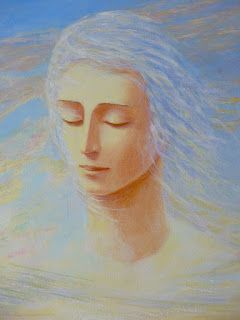 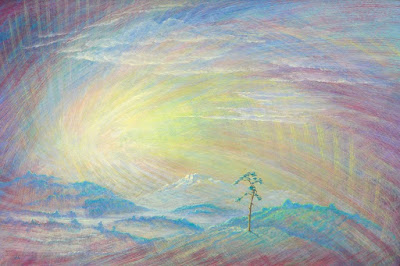 Some of which became highly abstract... 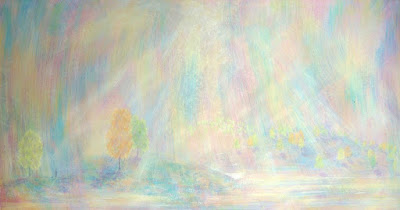 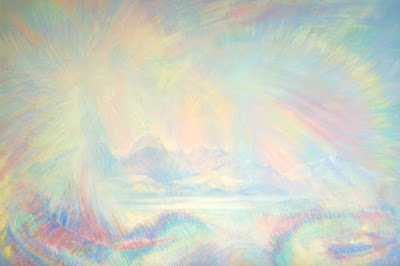 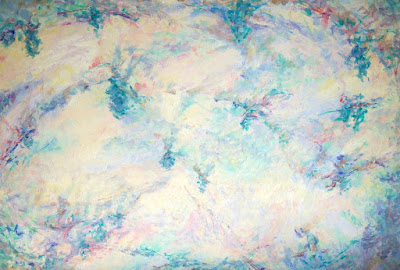 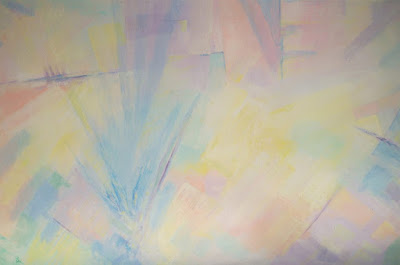 But the personal symbolism was never forgotten...

William Arkle's son Nick pointed out that the colour red almost disappeared from his father's palette over the years; which became mostly pinks, purples, yellows and an emphasis on turquoises - this was clearly deliberate and significant. Presumably it reflected Arkle's own visionary experience.

(In sum, the style and colours changed - the symbolism remained.)

The above images (and scores more) can be found at: https://www.facebook.com/BillArkle