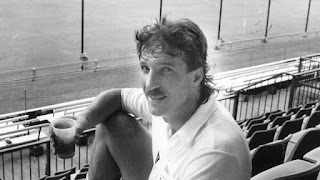 As modelled by Ian Botham - one of England's best cricketers

The mullet hairstyle was most popular in the early 1980s, essentially as a working class and low status fashion - much reviled by the intelligentsia then and since.

It comprised short hair everywhere except the back - where there was a broadly-rectangular flap of long hair, rather like the headwear of the French Foreign Legion: 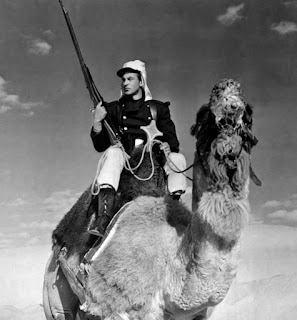 So, the defining feature of a Platonically ideal mullet is the rectangular back flap, in a context of generally short hair.

Interestingly, as a consequence of the widespread mental derangement induced by the 2020 birdemic, the mullet is currently making a (not-entirely-ironic) comeback among English university students.

But this can be put down to the mindless recycling and rotation of fashions under the continuing Modern (demonic) compulsion that there Must Be fashions - in 'science', 'art' and 'literature', as much as clothes and hair.

But if we lived in more genuinely creative and original times - we would have explored the full range of possible men's hairstyles before engaging in mere revivalism.

And true and authentic ear mullets have never yet been given a proper trial.

The 'ear mullet' name has been falsely given to what are merely a revival of the orthodox Jewish side curls in front of the ear.

However, the genuine ear mullet style would comprise short hair all over but with a rectangular flap of hair - one covering each ear - something rather (but not exactly) like this: 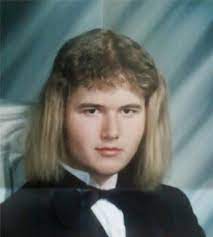 So, I am proposing that Ear Mullets - defined as rectangular ear flaps, completely covering both ears, in a context of generally short hair should be given at least a reasonable try-out.
(Ideally, each flap should be long and wide enough completely to obscure the ear - but no larger.)
It strikes me as the perfect hairstyle for late 2021 - something which encapsulates the spirit of this era; especially when worn with a face-mask.
Posted by Bruce Charlton at Wednesday, August 18, 2021

Okay! The second you start sporting an ear mullet hairstyle, I will too.

Perfect hair cut for our times. When all barber shops are closed due to bird-flu related restrictions, you have to cut your hair yourself. Doings so with an electric hair cutter is very easy on the top of your head, more difficult on the sides and very difficult on the back of your head.

Everyone is able to give himself ear mullets. Few of us are talented enough for more difficult haircuts.

That's not what I was expecting when I came to this URL for my spiritual injection.

I had in-front-of-the-ear mullets for a while when I was about 10 or 11. I wanted sideburns in the worst way but didn't have any facial hair, so I had to make do. Those "sideburns" drove my father crazy; I can only imagine how he would have reacted if I had tried true ear mullets!

@Frank - Sadly, I am incapable of growing my hair into this style; otherwise...

@Evan - This IS your daily spiritual injection.

The idea came this morning drinking breakfast tea in the garden. It was fresh and breezy, and my wife complained that the recent 'trim' was giving her cold ears; so I came up with this practical suggestion for the next haircut.

Are you familiar with the animated children's series from the 1980's called He-man ? I think the main character had the style you are describing.

Mullets rule. I loved having one back in '83

You've definitely given me something to think about

Another classic, out-of-left-field Bruce Charlton post. Not unlike this gem—

@Sean G. That's one of the best things about this blog: you never know what you're in store for each day. Bruce keeps us on our toes!

Were mullets ever popular in the UK? I was under the impression it was sort of an American "redneck" thing (in some parts of the country you can still run into it, albeit rarely and usually something like a "mullet-lite"). The mullets heyday was before my time.

@TYM - "Were mullets ever popular in the UK?" - Numerically, yes they were popular, from the early 1980s, especially among the working class, all across Britain - matched with 'casual' clothes.

The Lovejoy TV character played by Ian McShane sported a mullet even into the 1990s, when it seemed long since obsolete - I think this was supposed to be a visual signal of the character's lower class (?gypsy) origins in a world (Antiques) mostly populated by the posh (or would-be posh).