A walk through Charlton country (North Tyne valley, near Bellingham)

Recently, my wife and I took a delightful walk through the upper North Tyne valley, in Northumberland; which is where my Charlton ancestors come from.

This walk has several especially appealing aspects, and on this particular day things were at their best. I didn't take a camera, and the (functional, rather than artistic) photographs below are taken from the geograph.org.uk web pages.

There is a walk up to the ride on the east of the valley, that makes a turn at a boulder where we once had a picnic. There is a view up the river towards its source on the Scottish border, that I find very evocative both of the poetry of the border ballads, and the harshness of the border reivers (poetry and violence side by side; the genuine heroic era of Britain). 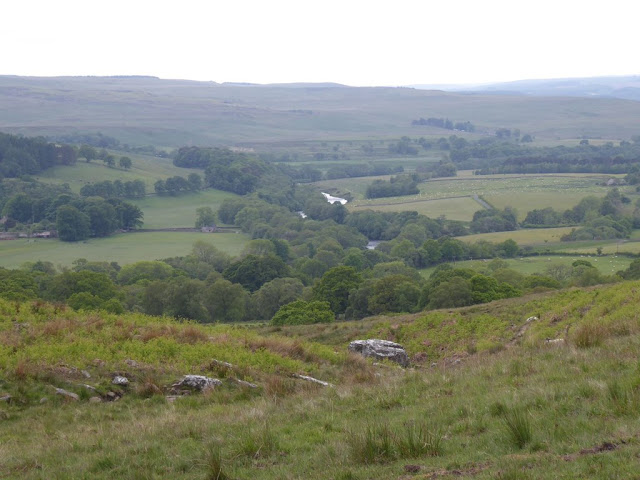 Coming down off the ridge, there is a beautiful copse of relict ancient oaks called Riding Wood, in which we stumbled across what looked like an ancient stone enclosure, with evidence of several round buildings. On that day, this place had an atmosphere of extraordinary intensity and brooding.

Later research revealed it was dated to Romano-British time - in other words, it was a Celtic defended dwelling, from around the time of Arthur and (more relevantly) Merlin - in his Scottish border origin of Lailoken: the mad prophet and seer of the Caledonian forest. Hence, presumably, the enchantment hanging about the place. 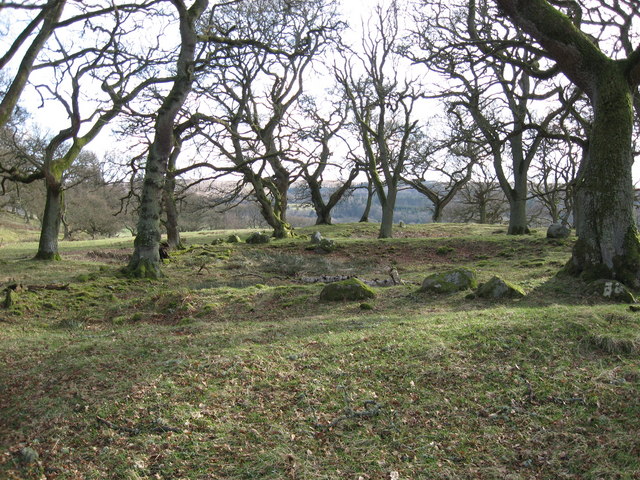 Then across a footbridge over the long-since abandoned railway line: 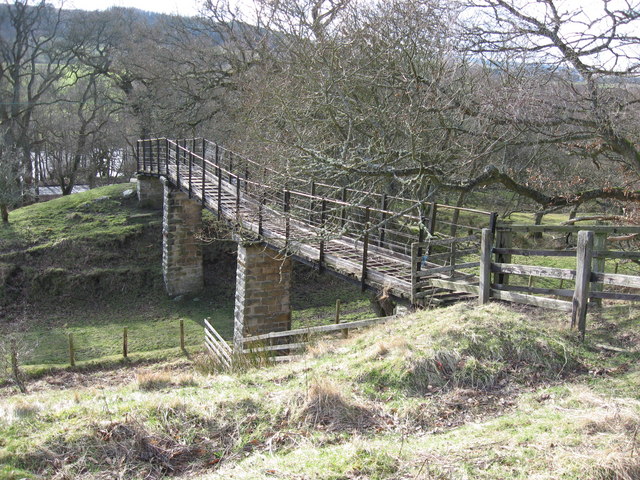 And down to the banks of the idyllic River North Tyne. 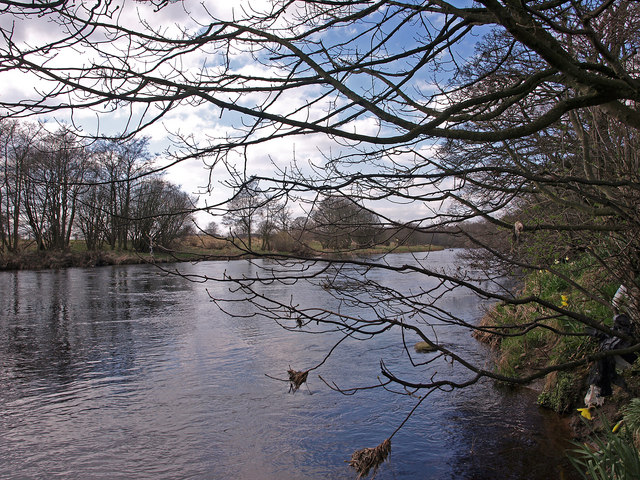 Across the river could be seen Hesleyside Hall - beautiful Georgian residence of the head of the Charlton surname ('clan'), with its landscaped gardens by Capability Brown 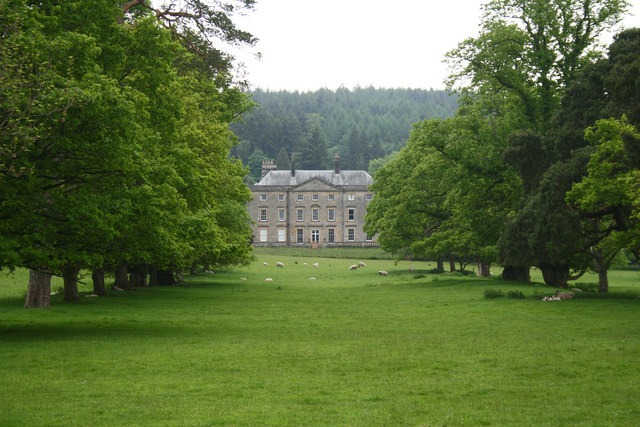 And then back to Bellingham.

I'm guessing my English ancestors came from "Pangbourne" or around the Pang river, at least some of them down the paternal line because... well, I did a lot of research, trust me!

But I also have Polish and German ancestry, and I don't look quite like any Englishman I've ever seen. I believe I would would fit in more somewhere in East Germany.

My surname leads some to believe that I have some sort of "exotic" ancestry and sometimes I am not believed when I say it is an English name. My Grandfather came up with a silly story that involves an English sailor combining his name with his Chinese wife.

Such lovely countryside. We had planned a trip to England this year, but we may never be permitted to travel outside our province again since we refuse the peck. Therefore these vicarious glimpses of fair England are well appreciated!

This brought back many warm memories of the countryside/landscape I experienced during my eight months in Northumberland back in 2014/2015.

Quick question - As a Charlton, do you have any potential claim to Hesleyside Hall? Might be worth exploring. That's a nice "house"!

@Frank Far from it! I need to go back to about 1750 to find an ancestor in that area, and they are all solidly lower class...