In the summer and autumn of 1978, I discovered several people and themes that have remained with me over the past four decades; and which have interacted in some of my deepest and most intense concerns.

Perhaps the first was coming-across the composer Michael Tippett's volume of essays called Moving into Aquarius, which I found in an English bookshop in Athens. This really fascinated me, and I read and re-read it - eventually writing a fan letter to the author, to which I received a nice reply from his assistant. 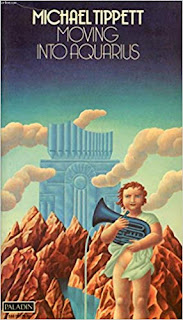 Tippett's writing (and, of course, some of his music - especially the oratorios and operas) was about the division between science and technics on the one hand, and the imagination and art on the other - he classical 'Romantic' problem, in other words. I had already been primed for this, both from my own experiences as a scientist/ medical student who was also active in music and drama; and from reading RM Pirsig's Zen and the Art of Motorcycle Maintenance in August 1976.

Over the summer vacation I made another discovery of William Arkle's Geography of Consciousness in the Edinburgh city library, with its introduction by Colin Wilson - leading onto my first reading of CW's The Outsider. Again the Romantic theme; but this time addressed in terms of the states of consciousness. The idea was that we actually solve the Romantic problem - albeit intermittently and for short periods of time - when we attain to certain, higher states of consciousness. And, of course, this has remained central to my thinking ever since. 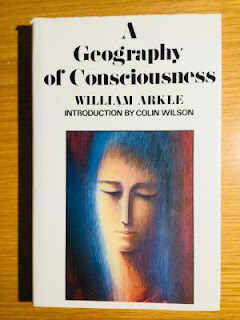 During the Edinburgh Festival Fringe of that year, I attended a comedy review during which some intermission music was provided by a pianist and double bassist playing Bach, slightly 'jazzed'. This led first to Jacques Loussier, and then to Bach played 'straight' on piano; that is, to Glenn Gould - initially his LPs of The Well-Tempered Clavier, then to the Goldberg variations and the Partitas. Over the next months; I found a few articles and interviews on Gould and recognised that he was a player of exceptional intensity and inspiration: that he played-in and communicated that same state of 'ecstatic' consciousness which was discussed by Arkle and Wilson. 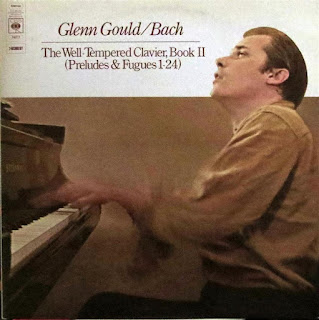 So I began to brood on these matters, and on the way of life of these living geniuses; and tried to move my own life in the same direction - in my leisure from a pretty intensive course of study at Medical School. I began to think along mystical lines, including notions such as special times of magical being, the possibility of remote empathic contact, and the 'touching' of minds - these being another kind of that 'alienation-healing' consciousness.

Of course much else was happening during this eventful era; but this Romantic theme (which nowadays makes up the bulk of my blogging) was firmly established at that time.

Funny! The summer and autumn of 1978 were seminal for me too.

@P - No comment, I know only mass media hearsay.

The summer of 1978 was quite literally seminal for me, since I was conceived then!