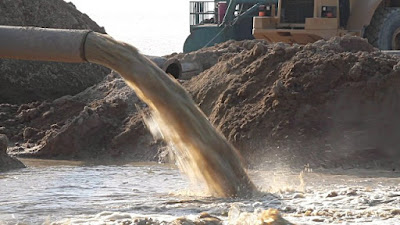 Sturgeon's Law is along the lines that - for any given field of endeavour, or Life itself - 90% of what comes-out is crap.

It's intention was, apparently, to argue that even when there is good, worthwhile, valid work to be found - say, in science fiction writing - nonetheless, the bulk of work in the field will be crap: but that 90% of crap ought not to put us off engaging the whole field. We should, it is implied, simply seek-out the good-stuff and ignore the crap.

Another example is that even in the time of Shakespeare, most of the plays written were crap; and indeed a lot of Shakespeare's own output was crap: as is indeed the case for Mozart (who is highly regarded for relatively very few, sublime late pieces from the hundreds of bits of trivial crap that he wrote). I daresay (and this is implied in Plato's dialogues, in reference to the sophists) the large majority of Athenian philosophers at the time of Socrates were mere crap-spouters... but then there was Socrates, there was Plato... and so Greek philosophy was redeemed.

Maybe this used-to be true - but the Law became popular at a time when it had become false; because 100% of most things is crap.

My impression is that people cite Sturgeon's Law to mean something-like the opposite of its original intent: - they use it to suggest that in any field of obvious crap - such as the modern mass media, mainstream politics, professional science, classical music - there will always be some (?10%) of truth, virtue, beauty, worthwhileness. Yet in these examples there is only crap.

The presence of vast volumes of crap does not - in any way - guarantee the presence of gold in its midst. Just because most of what is produced is always crap, this does Not mean that any of the crap is any good: most crap is simply that - and nothing else.

And this shouldn't be a surprise - because it is hard for anything Good to survive in an unceasing torrent of crap; and therefore, mostly, it does Not survive.

The novel, for instance, is one of the healthier areas of human creative endeavour at present; one of the few remaining in which works of real genius or near-genius quality still occasionally appear. However, maybe one or two percent of published contemporary novels are not exactly crap, if not necessarily good either, at what I would consider a generous assessment.

This is to say that a person of what I would consider sound and healthy judgment will probably find that about this percentage of contemporaneously published novels, selected at random, will fulfil the minimal standards for not being crap: they will be competently written; not be consistently objectionable in any way; will not attempt to browbeat or dishonestly manipulate the reader into accepting the author's political agenda; will not be unbearably tedious; and may even be mildly diverting or entertaining, at least to the extent that they will not have any particularly strong regrets about the time spent reading it. The percentage of actually good works, especially those worth re-reading, that might edify in some way, or that will provoke genuine enthusiasm in the reader, will of course be far lower; in the very low decimals.

Possibly the percentage of tolerable (not necessarily good, but tolerable works) even rises a little higher than this in certain subgenres such as fantasy and sci-fi, though still to no-where near ten percent - but it certainly dips well below it in others, such as the ostensibly "literary" novel and, I suspect, the "Romance" genre.

@H - I agree - although I believe that some first rate novels apparently do still get written: e.g. for me Jonathan Strange and Mr Norrell by Susannah Clarke.

But I would have to say that 100 percent of Eng Lang poetry (by poets born after 1945) seems to be 'crap' (by the standards of a century ago) and 100 percent of drama/ plays of the same era. Also 100 percent of Visual Art (painting, sculpture, architecture).

Some are late 20th century poems, plays, fine art are pleasant, powerful, enjoyable etc - but that is really to judge by the emotion-based standards of popular art.

And in a sense, 100 percent of movies seem to be working at an altogether lower level than literature; so that even the very best movies I have ever seen have at least a taint of *manipulating* the passive, hynpnotised viewer...

I am, of course, making such judgments from the higher standards I know-of.

I read "Johnathan Strange..." several years ago - it was actually one of the works I had in mind when mentioning the occasional appearance of high quality works.

Plenty of good qualities, but it strikes me as only a work of near-genius due mainly to two factors: 1) the main characters sometimes seeming rather undeveloped as real individuals; and 2) the core of the work (that which dealt with the relationship between human beings and Magic) seeming to have been padded out to needless length by the insertion of a much less worthwhile historical society novel (that which dealt with the relations of a not very interesting subset of human beings with certain other not very interesting human beings).

As for poetry in English - well, the Literary Establishment is not even trying to produce actual poetry, for the most part, and does not even seem to possess the conceptual tools with which to reliably distinguish poetry from prose (or for that matter from certain non-literary activities such as typesetting or voice acting). So it's hardly surprising that most of the time the alleged poetry they produce fails to be any good as poetry. It mostly fails to even fit any coherent functional definition of poetry at all (except now and then by what I must assume is sheer happenstance). If it fails to belong in the category of poetry in the first place, it can't even be crap poetry (though it may indeed be crap of some other kind, and usually is).

The same Establishment further proves their failure to comprehend what poetry actually is by their present insistence on trying to categorize the popular/naive poetry that continues to be produced, mostly outside their circles, as something they call "verse", which is apparently a separate activity to what they do, and implicitly inferior.

Not all verse is necessarily poetry (it may for instance be a lyric intended and optimised for vocal performance, or a technical exercise which makes no attempt at conveying meaning) but all poetry must be constructed from verse (no matter what kind) if it is not to be prose. All cultures in all places throughout known history (besides our present one) who have made a distinction between poetry and prose in the first place have known this; differing only in the formal specifics of how their verse is constructed. Popular verse mostly happens to be terrible poetry, true, but insofar as it is intended for reading off the page or reciting aloud, and is composed in *some kind of* recognizable verse, it is indeed poetry of a sort.

The Literary Establishment, labouring under the apparent delusion that we can (and must) have verse-free poetry, has simply cut itself off from the possibility of producing poetry at all; or for that matter of acknowledging genuine poetry, either good, bad, or indifferent, when they see it.

Yet they then give their most prestigious literary award to a song-writer (not really even a claimed poet, except in the loose sense of having produced "poetic" material), who largely utilizes in his songs traditional verse forms and techniques which are functionally identical to those they repudiate as poetry, when they encounter them as the written or spoken word. So they are not even consistent in their opposition to verse - provided, it seems, that the creator of the verse has sufficient celebrity, and is not trying to create actual poetry in the first place. Perhaps what the Establishment is really opposed to is poetry itself, because its members sense (and resent) their own incapacity to actually produce any.

SF and Fantasy have suffered egregiously and particularly from the inroads of cultural Marxism in recent decades (Sci-Fi was always considered and defined as pure crap anyway). The more prominent authorities on what kind of stories in the genre were to be considered worthy of awards have always been overtly suspicious of Christian influences, the intentional program to turn that to hostility and then generalize the hostility to anything of real merit has been very successful. There are literary genres worse afflicted with cultural Marxism, but the attack on SF and Fantasy has been peculiarly intense.

It has also been less than completely successful because SF and Fantasy are naturally iconoclastic, the domination of cultural Marxism over all the "respectable" authorities on what SF and Fantasy readers ought to like has led to a fairly substantial resistance and a broad field of 'disreputable' works that are clearly (often overtly) anti-Marxist. Still, when everything that is not crap has been purged from the "respectable" side of a genre and thus can only emerge in the 'disreputable' pool of work, the percentages suffer drastically. 100% of "respectable" work is crap, and 99% of 'disreputable' work is as well.

90% of creative work is crap even when there are genuinely reputable authorities diligently seeking to reward and promote non-crap.

In short, dig all you like, but there isn't always a pony.

You may dismiss Mozart's early work, if you like, as "juvenile", "simple", "trivial", or "mere", but you mustn't call it crap.