Stand-up and fight! - Mark Way and the FE2 Observer-Gunner aces 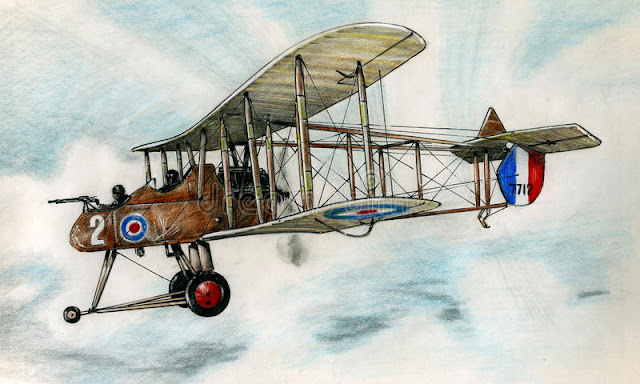 The FE2 was a British two seater biplane from the first world war, the last successful 'pusher' genuinely-propeller aircraft, before the switch to universal 'puller' or 'tractor' airscrews mounted in front.

FE2s pretty much dominated as fighters from about 1916-17; before being overtaken by a new generation of faster and deadlier German machines. 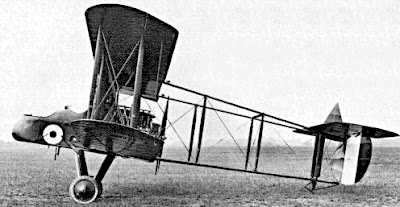 The pusher planes were used mainly because they allowed a machine gun to fire forward - without shooting the airscrew to pieces (a problem that was solved during the course of the war).

The FE2s had a forward-facing Lewis gun operated by the observer, but soon added a rear-facing gun - shooting backwards over the top of the wing. This meant that, helped by a skilled pilot, the coverage was more complete than for any other craft of the era.

And to operate and reload this rear-facing Lewis gun; the observers had to stand-up, unsecured (and, of course, without a parachute)!

How cool is that? 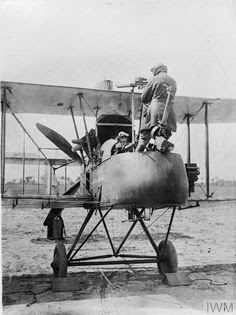 And demonstrated in a modern replica machine here (from about one minute):
These FE2 observer-gunners were, for a while, among the successful 'aces' of the British Royal Flying Corps - which meant being credited with at least five confirmed kills.
Readers of Biggles Learns to Fly will remember our hero's first great fighting friend (even before Algy) - the cool headed and sharp-shooting FE2 observer Mark Way; who shoots down plenty of enemy machines; and saves Biggles's life several times in various other 'scrapes'. 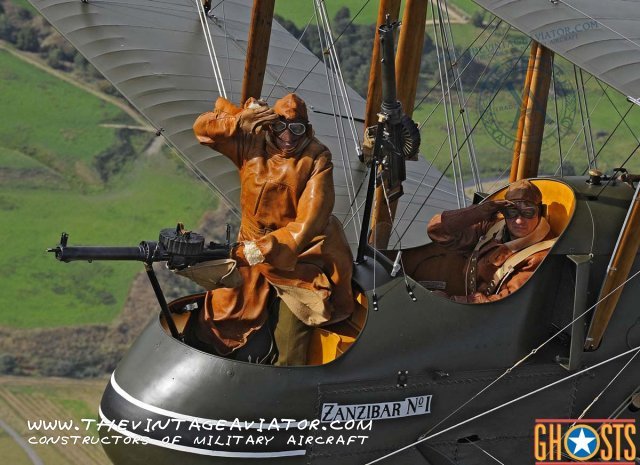 Terrifying! Those were bold men, but the men who queued up at the recruiters in August 1914 were more keen for war than later generations. They didn't have the cautionary tale of the Great War. I'd have gone for it, but would have wanted to be the pilot (and switch to single-seat fighters ASAP!). Give me an SE.5a, Camel, or Spad XIII - or Fokker D-VII if I were a Hun.
Tandem crews with observer/gunner forward were revived with attack helicopters in the 1960s, starting with the U.S. Army's AH-1G Cobra. That's still the layout for attack helos such as the AH-64 Apache and more recent Soviet/Russian models. The Cobra front-seater (also an army aviator, but rarely flew the aircraft from up front) was called an X-Ray in Vietnam. X-Rays were expected to upgrade to aircraft commander after about a year in the front seat.
Young Prince Harry, before he completely lost his mind, flew Apaches.
But amongst fighter aircraft single-seat won the day, and is still the standard. Two-seat fighters, with navigator/observer aft, are somewhat anomalous and generally less efficient.