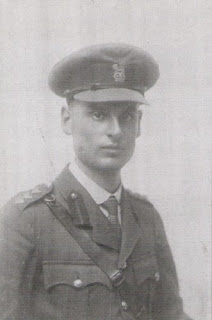 I am reading The Silent Road - a book of essays by Wellesley Tudor Pole published in 1960; in which he accuses mainstream materialist intellectuals of having a 'closed mind' about spiritual realities; and advocating that they develop a more 'open' mind' as a cure for this.

The book is mostly descriptions about the remarkable spiritual experiences of WTP: and WTP talks about closed minds in relation to those who will always - on principle, without investigation - reject the truth of his experiences. As soon as these people hear the subject matter, WTP says, they immediately make up their minds that whatever he says cannot be true.

I'm sure WTP was correct; I can remember doing the same myself for a long time, and I still respond the same way about what many people say on many topics: I will not believe them, no matter what 'evidence' they bring forward. I relation to WTP, I accept some of his accounts of spiritual experiences, and reject others.

I can remember a great deal of discussion of 'closed' and 'open' minds in the late 1960s and into the 1970s; in which having an open mind was always Good, having a closed mind was Bad. Although initially having wider scope (as when WTP used the terms); open/ closed soon became a left-liberal/ right-conservative distinction. And especially it became related to one's attitude to the sexual revolution; only the 'closed-minded' would reject extra-martial sex, promiscuity, divorce and so on - and only the closed-minded would reject the sexual revolution.

(Later the distinction would be enshrined in psychology by the highly influential, but essentially bogus, personality trait of Openness to Experience.)

Closed minded became synonymous with irrational and wrong; then was interpreted as evidence of ignorance at best, but more often of cruel wickedness. To be closed minded (implying sealed-off from evidence, from experience, 'dogmatic') was the characteristic attributed to the bogeymen of fanatical 'fundamentalist' right-wing/ fascistic/ authoritarian - Christians; in essence, those who tyrannically restricted sexual behaviour.

However, open versus closed minds is a poor analytic description; partly because so front-loaded with evaluation - a term which has covertly prejudged and decided every issue to which it applied - yet denied this characteristic of itself .

But the open/ closed distinction does indicate a potentially genuine insight; which is that when a person is 'closed minded' on a subject, i.e. when that person becomes immune to evidence or any other form of persuasion - this is because of the metaphysical assumptions.

What this reveals is that the mainstream materialist (such as the rationalist scientist) has a metaphysical view - a set of fundamental assumptions about the nature of reality - which excludes the possibility of any 'spiritual' element. This becomes a fault when the materialist denies that he actually does have such assumptions, or when he tries to argue that such assumptions are based on 'evidence'.

However, the reality is that - because of these assumptions - he would always and invariably reject anything and everything put forward as 'evidence'; he would always deny that it was 'real' evidence.

So, the fault of 'closed mindedness' is a fault only when it entails this falsity; this lack of awareness or denial of the reality of, one's own assumptions.

Would you recommend his book? I hope so - I just bought it!

@A - I'm 2/3 through - and it is certainly well worth reading - albeit (for me) a mixed bag. I am in no doubt that WTP was on the right lines (ie Romantic Christianity); but from what I have read and know (eg from The Avalonians by Patrick Benham) I would not regard him as a primary thinker in my pantheon; such as Barfield or Arkle, for example. WTP makes an interesting parallel to Dion Fortune - both are significant, each followed a different path (and seemed to avoid each other); WTP was more correct, DF was a better writer.