The background to Brexit - according to Andy Thomas 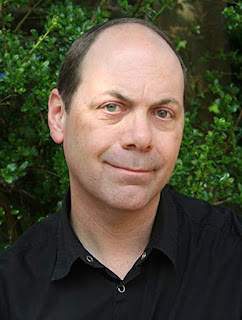 Over at Albion Awakening is the video of a funny and insightful talk by Andy Thomas, from the summer of 2016, giving his interpretation of the long English myth, history and national character that led up to the vote to leave the EU.

What makes this unusual is that AT is a leading, and expert, conspiracy theorist whose evidence is not from the usual mainstream, mass-media sources. For example, he apparently gives something like 200 interactive lectures per year on many subjects to a wide range of audiences; so he is well-placed to get an idea of 'public opinion' of 'ordinary' British people - outside of the Establishment and their servants.

For those of you (such as WmJas!) who cannot abide videos - here is an article by AT, written in early 2016 during the lead-up to the Brexit vote, at the end of which he makes a personal statement:

I will be voting to leave the EU.

The reasons for my decision are embedded in some of the points discussed in both articles. I feel an underlying discomfort that simple, if understandable, fear of financial loss and of having to create potentially difficult new trade conduits is being fed to us as the main basis of our choice, above all the issues of democracy, sovereignty, borders and pride in our own history and legends. On reflection, I feel that we need to be prepared to pay a price for our freedom if that is what it takes, because freedom always speaks louder than economic chains. Trade deals may take a while to sort, but in the end they will be made.

In my lecturing and work I meet many people from all classes and it seems clear to me that the general inclination would certainly be towards leaving the EU if there were not the fear of financial loss. This speaks volumes. This tendency is more true of older generations, to be sure, who have known an existence outside of the EU, while younger thinkers brought up in an EU system which has painted itself in a good light seem more likely to keep to what they know, putting idealistic collectivism, visa-free travel and job opportunities above issues of democracy. This is not a judgment, but a simple observation. What if fear could be taken out of the equation, though?

Fear is being used on both sides of the argument, naturally, and the fears must be debated and faced, but it is currently being wielded more fervently by the ‘remain’ camp. History shows that decisions made through fear alone are rarely the right ones. Why not replace fear with a determination to make something work?...

That the EU is so plainly keen to keep us is rooted in self-preservation and shows just how powerful Britain is on the European stage, and still could be even outside of the EU. We have been talked down for too long. In our hearts this is not really who we are. The undemocratic departments of the EU know well that maverick British action might start a line of exiting dominos that could undermine the whole project.

We are stronger than we know; it is ironic that the EU seems to recognise this more than some of us do. I feel it is time to realise that strength and learn to believe in ourselves again; this would power new currents to take us forward and help find our centre. Britain is still psychologically damaged by the two World Wars and the loss of influence that came as part of the price for the victories. This has profoundly affected our self-confidence – and yet historically this has all taken place within a very short time. We could easily rise again before long, albeit with less lofty and more heart-centred ambitions. We might even rediscover the art of manufacturing… Leaving the EU may mean uncertainty and financial compromise for a time. But maybe that is the mission we have to set ourselves on. With enough willpower, we could deal with any situation that arises, as we have always done, and come out stronger for it. Why are we being encouraged to forget this? Sometimes we have to let go of our fear and do the right thing. One of my first jobs was in a soulless office. It was safe and predictable; yet I wasn’t happy and the feeling of discomfort grew. In the end, against the advice of a number of friends and family, I decided to leave for an uncertain career as a musician, with far less money and no security… it was a risk, but in my heart I knew it was right. In the end I made it work, and new and different life paths and opportunities appeared along the way.

Right now, the fear-based draw to stay in the EU feels like clinging to the known river edge. We need to find the courage to let go and flow with a new tide. We’ll learn to swim along the way, and in time manage by ourselves to sort out some of the darker issues and influences we will certainly be left to deal with. At least we can vote out those politicians we are not happy with, for all the systemic improvements still required. This is not so in the EU.

If the EU was an angelic bastion of democracy and vision that would serve all its peoples to the highest aspirations and respect the individuality of its nations then I would be voting to remain within it. As it stands it falls far short of this dream. Some of those devoted to EU membership, displaying admirable idealism, somehow seem not to see this. For me, though, until the time that real reform creates a better version of Europe, I believe that Britain should hold to the democratic framework it has painstakingly built up, stand alone and rediscover its not insignificant strengths. This, at least, is the basis on which I will vote on 23rd June.

Haha, thanks for making allowances for us videophobes!