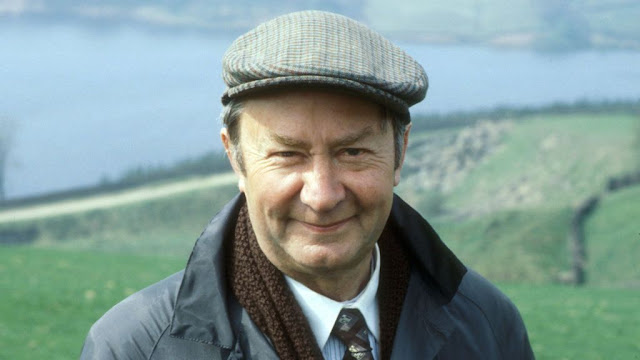 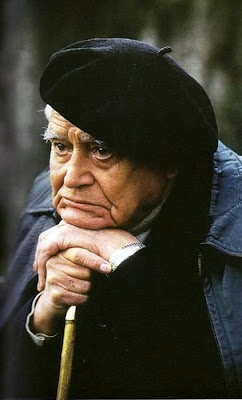 Flat cap or beret? For me it is always flat cap, and never a beret.

A flat cap is the English National Costume for men.

I wear a flat cap pretty often, at most times of year. I even have a worsted woollen one for winter that has ear warming flaps that fold down. And a spring/ autumn cap made of corduroy; and for summer a linen one (which I keep in the car, and wear as a sun shade).

(I don't always wear a cap! Since I am bald, I always wear a hat of some kind outdoors - perhaps most often a Tilley wide brimmed thick cotton hat; and in the winter a Tilley thick woollen hat with a moderate brim and concealable warming flaps.)


Because I've been wearing a flat cap since mid teens, I don't feel self-conscious about it. But a beret? Well, that's a different matter altogether. I have never stepped-outside wearing a beret, because I would feel like a fool.

Why should a beret make me so self-conscious? Is is the association with pretentious beatniks? Or is it simply because of the French connection?  For the English, the French are the Old Enemy, and are stereotypically wearing a beret (the kind with a little stalk on top) and horizontally striped shirt.

In general, I regard the beret as unpatriotic.


Of course there are British Army units that wear a beret. And General 'Monty' Montgomery sported a particular type that was named after him. But it still fails to convince me. Perhaps beret-wearing was imposed on our army by the Frenchified Norman Upper Classes?...

From a practical perspective; the beret strikes me as merely a dysfunctional flat cap; one that lacks the benefit of a brim. Its only advantage that I can imagine is to be more secure in a strong wind.

But then, in a wind, I do what the Northumbrian shepherds do; and pull my hood up and over the flat cap - to retain the benefit of the brim.


Rationality aside; I can't shake that reflex response that there must be something wrong with anybody who wears a beret, voluntarily and in public. So there it is.

Some respectable individuals have worn and continue to wear berets, but it is/was also the headgear of choice for many communist revolutionaries. That pretty much killed any thought of beret-wearing for me.

I like the ratting cap and abhor the baseball cap. I also like the old German student caps.

Our French teacher wore a beret but then he'd been in the Resistance.

@d. But then everybody in France had been in the Resistance - as soon as the war ended.

@Frank. Yes, perhaps I was subconsciously traumatized by those old Che posters...

@bc: He was British so presumably SOE.

I'll sometimes wear a flat cap and people ask me if I'm about to go drive my taxi!

I am envious of the flat cap, because if I wore one the message I would want to convey would be one of national heritage and affinity, but around here unless you are old (I trust no one will take offense at this statement) or have a specific build it makes one look like a pretentious hipster.

The other thing that one generally must be of a certain age to wear is a moustache.

As an American I don't have a dog in this fight, but a flat cap looks more aesthetically appealing to me. This is in spite of the fact as a teenager I used to sometimes wear a beret. (No idea why, I guess I just wanted to be different)

I can’t stand wearing headgear of any kind. I’m bald, too, but I’d rather just risk getting a slight sunburn or having an eagle drop a tortoise on my head.

@Wm - It was twentysomething years ago I was standing around outdoors in an academic procession - sunny for once - and in just about fifteen minutes got the top of my head thoroughly sunburnt. (I am of the pale skinned, blue-eyed Nordic type.) I realised my thatch had thinned to a near zero 'SPF'. From then I wore a hat.

Another clothing signal, from women this time, and with a Charltonian layer of interpretation on top:

Almost as if the sexes really were different ;-)

"The other thing that one generally must be of a certain age to wear is a moustache."

There is a 'tec show on the telly called Endeavour. We saw an ad for it yesterday: the actor playing the young Inspector Morse was sporting a 'tache. It improved his looks enormously.

Judge for yourself: google

I did not want to hijack the discourse with my further thoughts on the moustache. Please believe me when I say I could, you know.

Like, I really, really could. Like I pine for the days of the WWI Officer Stache - could.

Comments on moustaches are closed.

Because I cannot grow a moustache.

If grew facial hair it would probably look disturbingly Amish. Unsurprisingly, I never have.

My head is to large for most hats and caps, so unfortunately I am of the miserable ranks of the hatless.

I've made my own self-fitted hats and the look like buckets when worn by other people.

I'm bald too, so hat-wearer. In cool weather, felt Stetson. In warmer weather, South African Defence Force (pre-Mandela!) bush hat. Both versatile and nearly indestructible, and stay on in wind better than one might expect.
I share the bias against berets. I'm not francophobe - even lived there a while growing up - but associations with Sartre, Che, and Communism rule them out for me.
I've known Americans who had the idea that flat caps are somehow lowbrow, and associated with the Irish... I don't entertain such associations, of course.