Perhaps the favourite records of our small collection of vinyl as young children were the HMV versions of Beatrix Potter's stories with superb songs. There was inspired music by Cyril Ornadel and first-rate lyrics by David Croft; and were narrated by Vivien Leigh.

Everything about these EP records is still perfectly memorable (both tunes and words) several decades later.

(EPs were 'extended play' records; they looked like singles, and spun at 45 revolutions per minute like a single, but each side lasted about twice as long as a single - presumably at the cost of lower sound quality, although that was not evident on the kind of record player we possessed!)

In Squirrel Nutkin there is the immortal 'I've got a tail' sung by Nutkin/ Graham Stark - which often pops into my head whenever the subject of 'tails' comes-up. Also Nutkin's strange 'riddles' - which are of the same type as those in the Hobbit - and come to mind on country walks.

Or Old Mr Brown (the owl) and his recipe song 'Take one mole...' which has very amusing lyrics (as might be expected from the co-author of Dad's Army). It was always a scare when kindly Old Brown was provoked into attacking Nutkin, and inflicting the the 'karmic' punishment of biting-off most of the tail about which Nutkin had been so conceited.

There were six stories in the collection - and we had all of them. The dark side of Beatrix Potter's world is nearly always evident, with the cute characters in danger of being caught and eaten by predators - whether sly or stupid. Still, as with all the best stories, 'All's well that ends well'.

All the Tales, except Mrs Tiggy Winkle, therefore have sinister aspects which used to frighten me (still do!); such as the cat in Johnny Town Mouse, and Mr Macgregor the gardener in Peter Rabbit and the Flopsy Bunnies.

Perhaps the most chilling was Jemima Puddle Duck; with the annoyingly foolish Jemima ('a simpleton') being seduced (almost to her death) by the kind-seeming, seductive foxy gentleman (who ambiguously sings 'I'll have you for dinner'). This tale features a virtuoso performance of Jemima by the famous Cicely Courtneidge.

As a kid aged about four, I was particularly impressed by her song 'I can fly'; which gave instructions on how-to-do-it. Naturally, I went outside to try this for myself - I can still picture the incident. In the event, I didn't manage to fly - but did not give up hope.

The special appeal of Mrs Tiggy Winkle was much related to the thrillingly-magical final comments when the author tells us that the story was real, where it all happened, and that she is herself 'very well acquainted' with Mrs TW.

Nowadays, this comes to mind whenever I look out on 'Owl Island' on Derwentwater, across at Cat Bells mountain, or pass through the delightful village where Lucy lived. 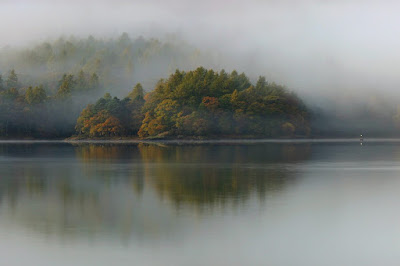 These were among the best Beatrix Potter adaptations! I especially loved the Squirrel Nutkin one - the "I've Got a Tail" song was a great way for the big-headed squirrel to tempt fate before his poetic downfall. I guess it also provided ammunition for the other squirrels to tease him with after his encounter with Old Brown!