If polarity is to be the basic, fundamental, metaphysical principle of reality (as Coleridge and Barfield have convinced me) - then we need to understand how polarity works; understand this abstractly and also with an illustrative example.

The benefit of a metaphysics of polarity is that it explains both dynamic creativity and novelty - leading to an 'evolutionary' understanding of reality; and also it explains permanent order and the stability of itself.

For creativity there must be dynamism.

For dynamism there must be opposition in the system, opposition of two qualitatively-different forces.

Because they are qualitatively-different - the forces cannot be made one.

For opposition to be perpetual, neither force must ever prevail.

If neither force ever prevails, this implies that the two opposed forces must be linked - such that strengthening one force also strengthens the other.

If the opposed forces are linked, they may be regarded as one force.

But the one force of a polarity is a two (dyad) that are one in a way that cannot, in principle, ever be unified into a single entity (because that would not be dynamic); nor can the two parts of the dyad ever be separated (because then the two would not be one).


An imaginary, illustrative example of a dyadic system

A 'double star' consisting of two qualitatively different spheres - e.g. one iron, one copper - which orbit one another, at different velocities - and in orbiting they generate vortices that themselves become autonomous and generate dyadic-dissimilar star systems...

But the double star system has the property that it cannot be broken or combined; such that if the two  stars were to be forced together (to try and make them one) they would merely make a hybrid, an alloy; and if one of the stars was pulled away from its dyadic orbit, then it would be either iron or copper, but not the iron copper dyad.

So the double star can exist perpetually as a dynamic dyad, creatively giving rise to further dyads - and that dyad cannot be unified, nor can it be broken.


Another example - the man-women sex difference 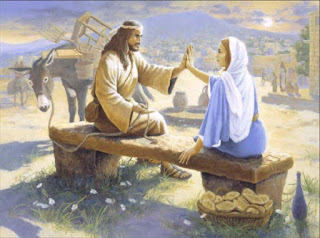 A man and a woman cannot be combined - if they were 'forced' together the result is a hybrid, or defective (hence uncreative), or neither one nor the other.

If men and women are forcibly separated, the result is not a full human being - but a partial (maimed) deficient entity; kept apart there can be no creative generation of further men and women.

With a man and a woman as an un-unifiable and unbreakable dyad; humankind can be perpetual.