Will King Arthur save us? 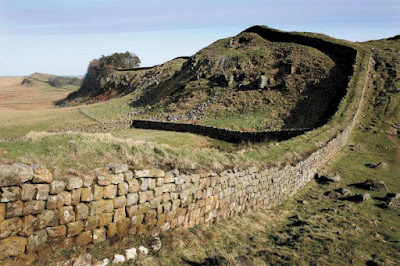 I have been reading and thinking about Arthur, as I often do! And it led me to wonder about the old prophecies that he and some knights are magically asleep under some hill (such as South Cadbury in Somerset), or in a cave' (such as Alderley Edge in Cheshire) and waiting the call to arise and save England.

To my mind, England is now in greater danger than since the Norman conquest, because in 2020 we have already experienced a near-total destruction of our culture. It has Already Happened... The only open question is whether this is permanent.

But almost immediately I realised that the measure of England's plight is that - even if we assume that Arthur is ready and waiting the call - the call will not come, because the people have consented (often embraced) their own annihilation.

This situation has, of course, been building for several generations. England created the industrial revolution, invented socialism, and for more than a century has been abandoning Christianity.

The net result has been a pervasive nihilism, self-hatred, adoption of a system of inverted-Christian values, the embrace of ethnic replacement - and now 'finally' (perhaps) a clamouring zeal for the Global Establishment program of generalised social-economic destruction and psychological crushing.

The signs are that They will not be content until most people are reduced to an extreme state of groveling terror and despair.

The mass of the English  - and in particular the ruling and professional classes - have given-up, and now seem unconsciously to seek their own deaths - and will defend this death-seeking stance with extreme, angry, hysterical and almost frenzied tenacity.

The birdemic has enabled people dishonestly to disguise their pursuit of national and personal suicide as a concern for life and health - by the simple expedient of an insane (literally psychotic); monomania concerning the birdemic, combined with a reckless (and lying) indifference to the major (and increasing) causes of suffering, sickness and death.

So, if Arthur and his knights were to awaken and try to save us from incipient destruction and death; they would be met by the united defiance of the entire Establishment, backed a large swathe of the masses, who would certainly regard liberation as an attack.

Arthur was, after all, a divinely-anointed King, and vicegerent of God on earth. Naturally those who serve the powers of darkness would oppose him!

So, fantasies of National rescue - even of divine rescue - are false; so long as the people do not want to be rescued; and have, indeed, chosen to be damned.

It seems to me that Arthur or, by extension, Jesus or even God can only come to save us if we are crying out to be saved. Ask and you shall receive. But if we are complicit in our own destruction as now there is not much they can do. Maybe everything comes down to an individual level.

@William - "Maybe everything comes down to an individual level."

Yes, that remains true. There is inspiration and sustenance for those who ask.

The US election was hopeful. Despite endless quantities of racism (due, of course, to hatred of his orange skin) and lies from the media, more Americans than ever before supported a President who openly invokes Jesus and fights foeticide.

Therefore the illusion of the mass majority being completely on the side of evil is just that, an illusion invoked to induce despair.

I agree with Mr. Andrew - it's spiritually dangerous to form impressions of the mass human soul from the mass media. It's all lies.

The people I rub shoulders with every day know perfectly well that something is very wrong with the modern world. Many, many people talk about Western decline now, even the young. It's widely sensed that we are starving to death somehow. It's just that nobody knows what to do about it.

Dr. Charlton has a better perspective and insight into his own people's spiritual condition than we do from afar (assuming the last two posters are Americans). What is true for America is not true for other countries; some are better off spiritually than we are, some worse. England and Scotland (again, looking from afar) have struck me as being worse off in this respect than the US or some other European countries. It seems far more of the population have abandoned hope and accept the program than is the case here. But of the course the American condition varies wildly by region, too.

@GFC - Yes, for example, in the UK we lack any apparent totalitarian resistance from Christians; the few who have publicly resisted the totalitarianism have done so from a left-libertarian perspective (e.g. Piers Corbyn or David Icke), which perspective (it seems to me, as someone who was of that ilk for a fair while) concedes so much ground to the mainstream (especially wrt the sexual revolution and antiracism) that it cannot possibly serve as a strong, clear national motivator.

One thing I learned during my 20 years of political 'activity' is that hardly anybody really cares about 'freedom', and of those who do care - they don't care very much. All libertarians sell-out at the first whiff of personal power, or for immediate expediency. e.g. our current PM-dictator was not-long-ago a leading libertarian journalist.